Fair Use: A Case Study

Neighbors For Environmental Justice was recently threatened with a lawsuit by Justin Kerr, publisher of mckinleypark.news. Mr Kerr alleges that N4EJ violated his copyright by taking the face of Michael Tadin from a photograph he published on his site and using it in a graphic to promote a protest.

N4EJ believes this use falls squarely into the copyright exemption known as “fair use.” To better understand why, we offer this critical, educational case study of fair use as it applies to this situation. Let’s dig in!

What Is Fair Use?

The US Federal Copyright Office provides the following definition of fair use:

Fair use is a legal doctrine that promotes freedom of expression by permitting the unlicensed use of copyright-protected works in certain circumstances. Section 107 of the Copyright Act provides the statutory framework for determining whether something is a fair use and identifies certain types of uses—such as criticism, comment, news reporting, teaching, scholarship, and research—as examples of activities that may qualify as fair use.

Section 107 calls for consideration of the following four factors in evaluating a question of fair use:

Let’s take them one at a time, using the definitions provided by the copyright office, and look at what those factors mean in this situation.

Purpose and character of the use

Here is the image which Mr Kerr alleged infringes on his copyright:

He’s concerned specifically about the image of Michael Tadin’s face, which is taken from this photograph originally published on mckinleypark.news: 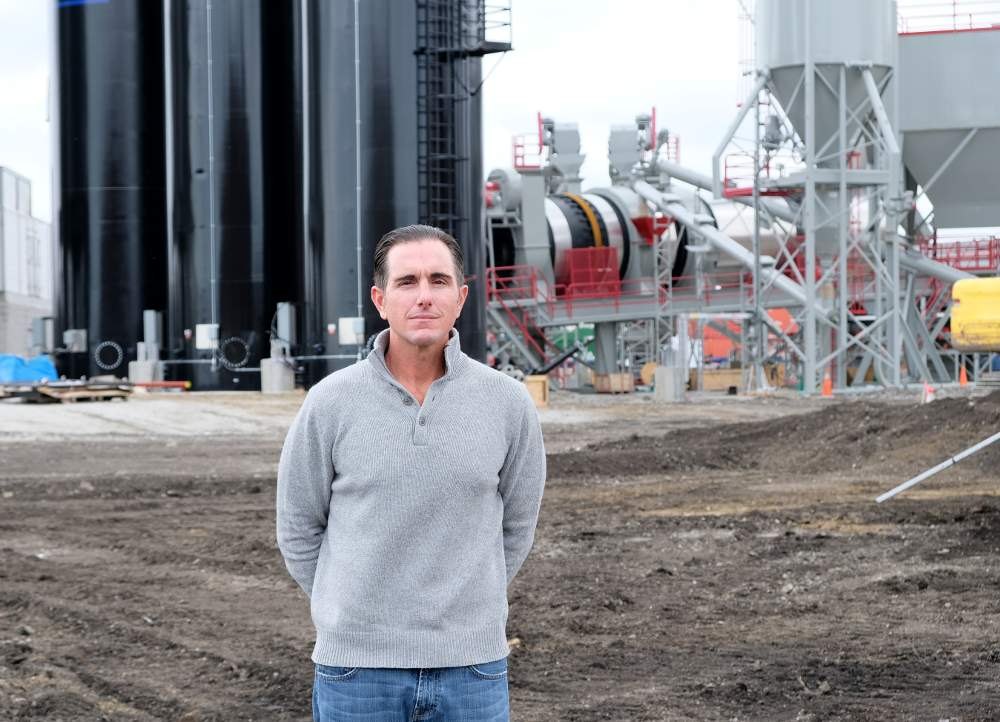 So, what was the purpose of the protest graphic? Unquestionably it was noncommercial. It was used to organize a protest; it was created to raise awareness of Michael Tadin’s ownership of MAT Asphalt. The flier was not for sale, the image was not incorporated into any merchandise, and there was nothing for sale or purchase at the protest.

Is this use transformative? Again, it seems the answer is clearly yes. The original is a photo of Michael Tadin, from head to just below the waist, with the MAT Asphalt plant visible behind him. It contains no messaging and appears in support of a news article.

By contrast, the modified image includes just Tadin’s head, clipped out of its background, with a large red X over it. It is accompanied by a lot of text about a protest. The photo of MAT Asphalt on the protest graphic was not from mckinleypark.news. Nobody would mistake the second image for a copy of the first.

Nature of the copyrighted work

“Nature of the copyrighted work:  This factor analyzes the degree to which the work that was used relates to copyright’s purpose of encouraging creative expression. Thus, using a more creative or imaginative work (such as a novel, movie, or song) is less likely to support a claim of a fair use than using a factual work (such as a technical article or news item). In addition, use of an unpublished work is less likely to be considered fair. “

The original work in this case is a news item; as the US Copyright Office makes clear, factual work such as news items are more likely to support of a claim of fair use than what might be considered ‘creative or imaginative’ work, like an art exhibition. The work was already published and freely accessible on the internet.

Amount and substantiality of the portion used

The original photograph was shared online at a resolution 1000×722 pixels, giving it a total pixel count of 722,000. The cropped portion of just his face and the top of his shirt is 160×181 pixels, for a total pixel count of 28,960. We could subtract the number of pixels erased from his background, but just going on the cropped area, the portion of the photo used is roughly 4% of the original image.

Whether or not Michael Tadin’s face is the ‘heart’ of Mr Kerr’s photo is a subjective question. However, it seems to us that if the face alone was the heart of the image, Mr Kerr might have employed a tighter composition, instead of choosing to include most of Mr Tadin’s body and the asphalt plant in the background as context.

Effect of the use upon the potential market

“Effect of the use upon the potential market for or value of the copyrighted work:  Here, courts review whether, and to what extent, the unlicensed use harms the existing or future market for the copyright owner’s original work. In assessing this factor, courts consider whether the use is hurting the current market for the original work (for example, by displacing sales of the original) and/or whether the use could cause substantial harm if it were to become widespread.”

It is unclear what the value of the original image might actually be. Mr Kerr submitted an invoice to N4EJ for $2400; however the invoiced item is actually for an hourly rate of copyright violation, chosen for the amount of 24 hours, not for the specific use of an image. This is not customary; a typical copyright violation might be settled based on an estimated fair market rate for the original, not an hourly assessment of how long the image has been in use.

But more importantly, it is difficult to imagine how the market for the original image might be hurt, given that:

We believe this is a clear cut example of fair use. It is possible that Mr Kerr is simply misinformed about the nature of copyright. Sadly it is also possible that he has chosen to threaten legal action and demand money as a way of preventing the use of his published photos in political actions he disagrees with.

If he chooses to further pursue legal action, we will offer additional updates.

The Cyberlaw Guide To Protest Art
US Copyright Office: Fair Use

Fill out our volunteer survey to get involved!